as you know i've been sick this week (sucky suck) so i have been spending a lot of time crocheting, which is good because i had two blankets to finish.

the first one was for a friend from work who is expecting their first baby next week. he is going to make a super father, i think he is probably the most laid back, patient person i have ever met. i've never seen him mad or upset, or change his tone of voice. he's just one of those "good guys"

i had spies find out that the nursery is shades of neutrals, browns, and pinks. so this is what i came up with:using cocoa brown, cream, petal pink and light raspberry: 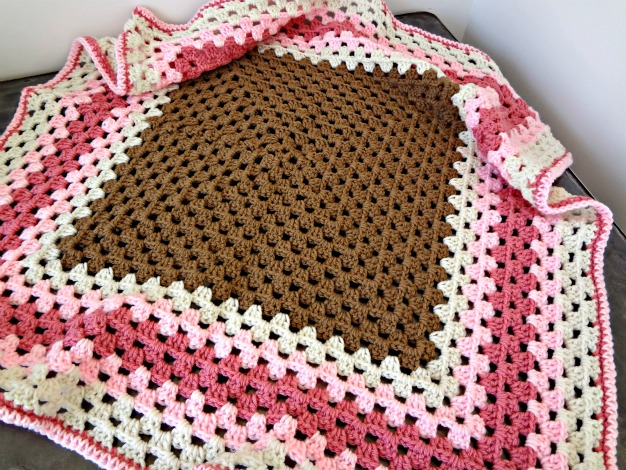 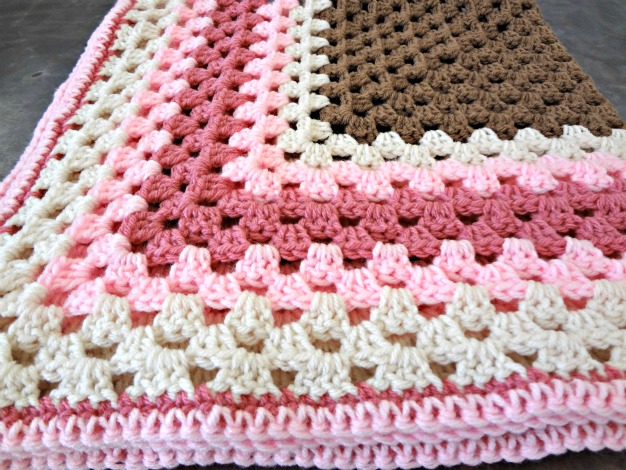 It reminds me of neapolitan ice cream. i really like it and am thinking about listing it up in the shop as a new colorway. I hope they like it.

The second one I'm sort of replicating the pattern but using purples and mustard yellow. I needed it to match this: 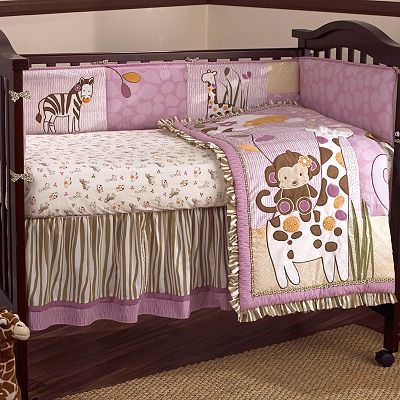 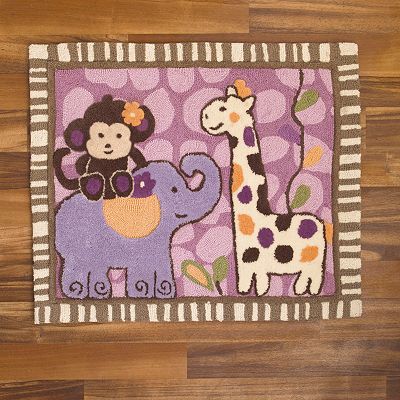 It's really difficult to tell exact hues being on a computer monitor and who knows how true to life the colors actually are. 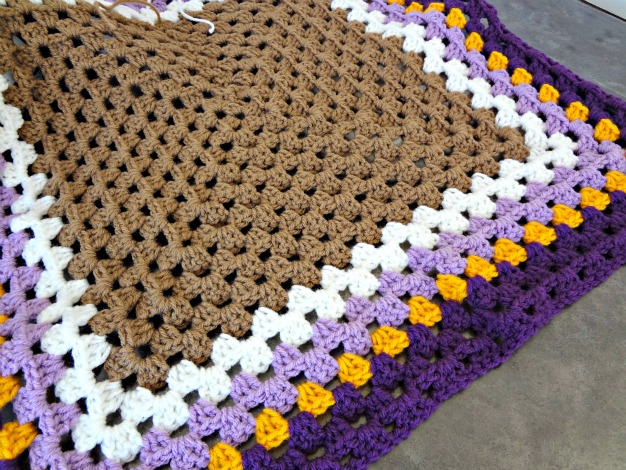 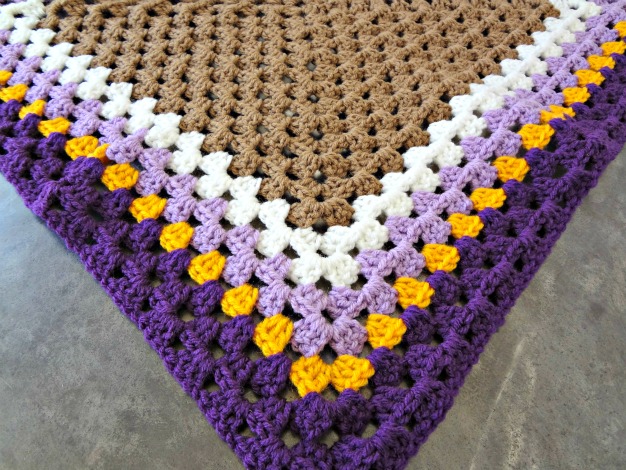 I'm finishing up the 3rd row of dark orchid, then will do another row of mustard, two of light orchid and then 3 of the soft white - and then will bind it off using a combination of the colors. The pictures of my blanket actually came out more of a bluish tone here. But they actually are closer to the colors (as they appear) in the photos of the rug and crib set. I think it's going to be really cute. But I will definitely admit that I am afraid of it matching up. I tried the best I could from just the small photos I was given.

This week, even though I'm fighting this darn plague, has been so relaxing. I wish I could be a stay at home wife and work on my projects every day. Maybe someday I'll get to that point.

Anyone else working on any projects? I'd love to see. Leave a comment with a link to your blogs!
Posted by Unknown at 2:30 PM